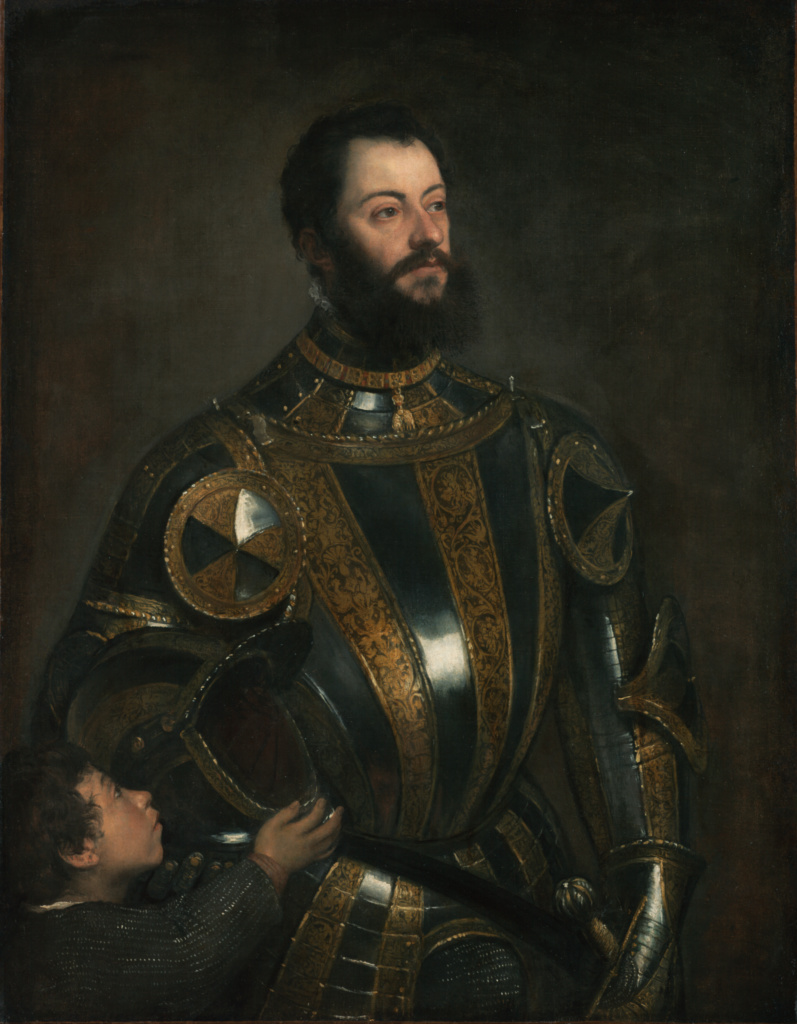 Italian hero Alfonso d'Avalos d'Aquino, VI marquis of Pescara. He commanded the Imperial army in Italy during the Italian War of 1542 - a conflict that pitted France and Turkey against Henry VIII of England and the Holy Roman Empire (which was roughly Germany, Austria and part of Italy). The course of the war saw extensive fighting in Italy, France, and the Low Countries, as well as attempted invasions of Spain and England. The conflict was inconclusive and ruinously expensive for the major participants. The French were reliant upon Swiss mercenaries and a renewed Franco-Ottoman alliance; Suleiman the Magnificent of the Ottoman Empire seeking to distract Charles (Holy Roman Empire) from Ottoman advances in Hungary, encouraged the Franco-Imperial rift and offered the Turkish fleet but after some minor victories the Turks became a liability; on 6 September, their commander had threatened to depart Europe if he were not given the means with which to resupply his fleet. In response, Francis ordered that the population of Toulon be expelled, and that the city then be given over to the Turks for their billeting needs, it becoming a base for their army of 30,000 for the next eight months. Henry the VIII who had separate quarrels with the French, opportunistically aligned himself with the Holy Roman Empire and attacked France. Francis, increasingly embarrassed by the Ottoman presence, was unwilling to help the Turks recapture Tunis; so the Ottoman fleet—accompanied by five French galleys under Antoine Escalin des Aimars—sailed for Istanbul in May 1544, pillaging the Neapolitan coast along the way. The English invasion of France by Henry forced Francis to recall much of his army from Piedmont, leaving the French commander Enghien without the troops he needed to take Milan. D'Avalos (our man in the portrait) scored a victory over a mercenary army in French service at the Battle of Serravalle in early June 1544 and brought significant campaigning in Italy to an end. Francis now embarked on a more dramatic attempt to force Henry's hand—an attack on England itself. For this venture, an army of more than 30,000 men was assembled in Normandy, and a fleet of some 400 vessels prepared at Le Havre, all under the command of Claude d'Annebault. On 31 May 1545, a French expeditionary force landed in Scotland and an attack was made against the Isle of Wight (southern England) but these operations were abortive, and the French fleet soon returned to blockading Boulogne. Ultimately the French ended up buying off Henry VIII and the inconclusive war came to an end.