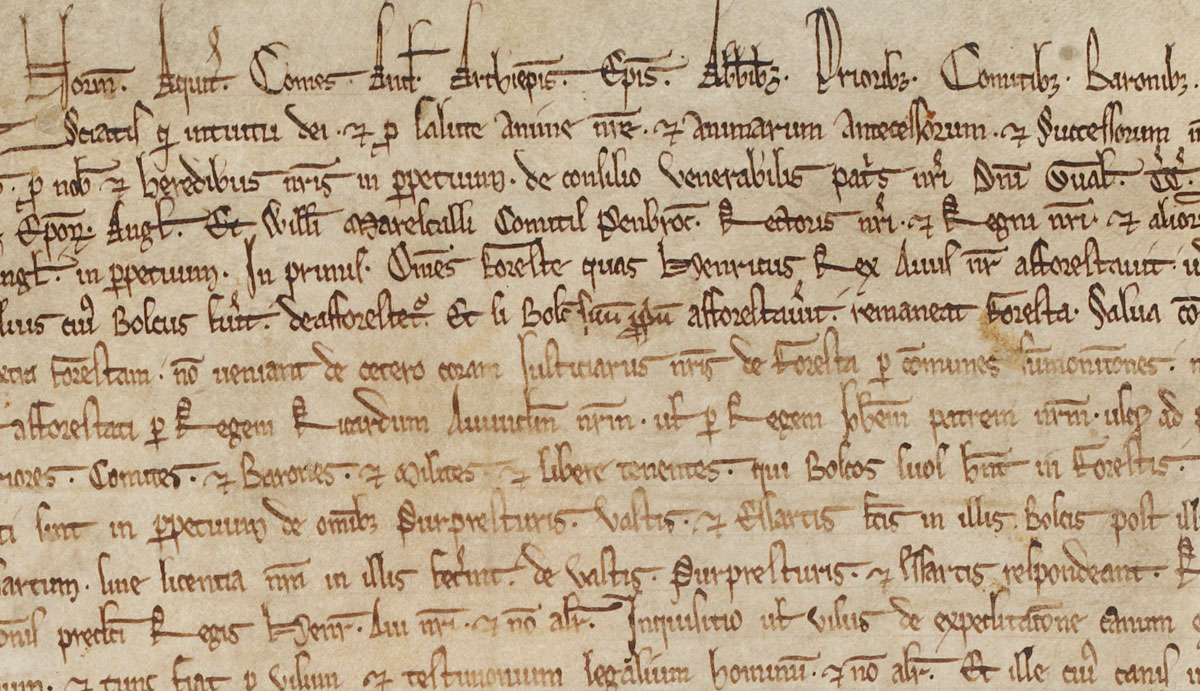 As we all know, King John was not a good king. He probably murdered his nephew Arthur and he would often “tamper with” the wives and daughters of some of his barons – “too covetous of pretty women” as one contemporary writer put it, but we shouldn’t write-up the barons of Runnymede as great heroes. Many of them were very materially driven as they resented having to give so much money to King John. Also, it’s widely forgotten that the Magna Carta sparked a massive civil war and a French conquest of England. The Magna Carta itself was only in force for 9 weeks, because King John reneged on the deal. The enraged barons then invited King Louis of France to be the king of England and the French occupied most of England for 18 months, including the city of London.

Louis was everything John wasn’t: he was a chivalric prince, loyal to his wife and set very high standards of conduct. As for King John, after a few defeats, he died in a great storm howling around Newark castle on the night of October 17/18 1216. His heir was a nine year old boy (Henry III). The hopes of an independent England, along with John’s dynasty, seemed lost, but then William Marshal (the Earl of Pembroke) stepped in, claiming that even if the whole world were to forsake the boy – he would not. By this time virtually everybody else had gone over to Louis. William Marshal raised an army and against all odds, defeated the French and many of the Magna Carta barons at Lincoln. After this surprise defeat, all the French troops in England withdrew to London.

A shocked Louis sent over to France for reinforcements. This French relieving force was brought over by a notorious cross-dressing pirate admiral called Eustace the Monk (no I’m not making this up). Eustace’s armada was met by the English navy in the channel and soundly defeated - so Louis was now stuck in London without supplies, reinforcements or money (all of these went down with the French fleet). Thus he was forced to come to terms with William Marshal. Ironically, William Marshal saved the Magna Carta by defeating its authors! If Louis had won, it is very unclear whether he would have confirmed Magna Carta or whether he would have been asked to. Louis was of good character, so it’s doubtful they would have forced the Magna Carta upon him as there would have been no need to do so (under his benign rule).

Had not John died at that vital moment, and had not William Marshal stepped up to the challenge of defending the vulnerable boy king, the Magna Carta would probably by now be a long forgotten document. It was also Marshal who later took the decision to issue a new charter on behalf of the new king: THE CHARTER OF LIBERTIES (which was the Magna Carta minus one clause). Moreover, it was William Marshal’s largely forgotten CHARTER OF THE FOREST (sealed by the young Henry III) which granted far greater freedoms to the ordinary people of Medieval England than the Magna Carta ever did. The Charter provided a right of common access to (royal) private lands, which meant that ordinary people were granted the right to graze their animals, collect firewood and to even hunt small game on vast areas of the country which had been off-limits to the common people. The Charter was the statute that remained longest in force in England (from 1217 to 1971), being finally superseded by the Wild Creatures and Forest Laws Act 1971.